Here’s How to Create an Author Pen Name 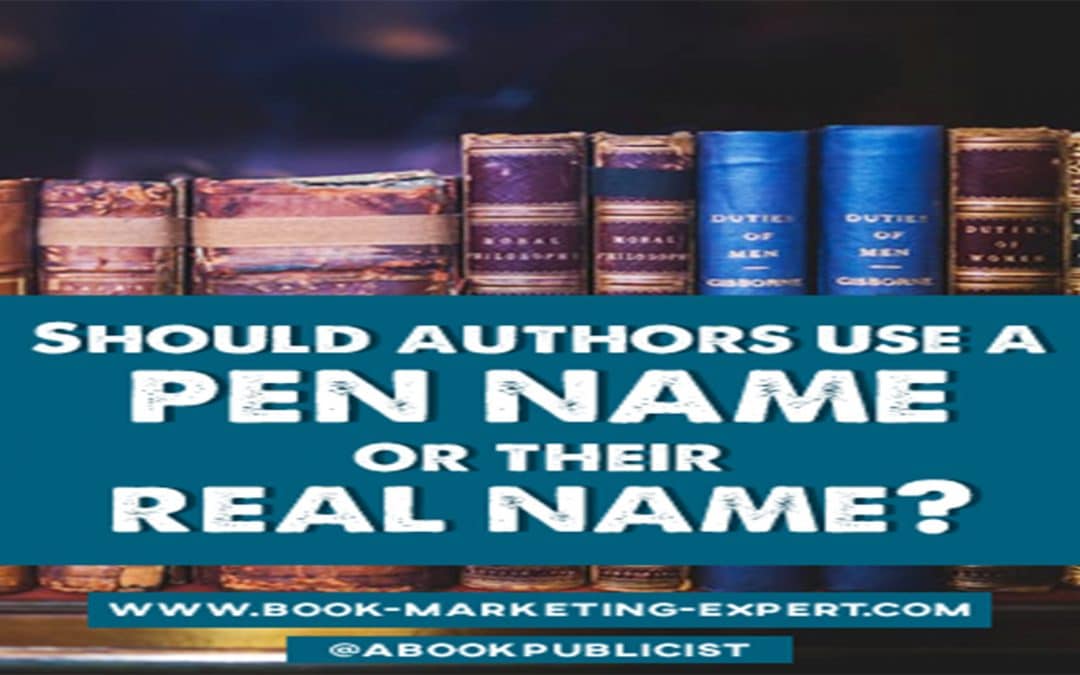 For hundreds of years, fiction writers have used pen names. Believe it or not, some authors have more than 10 pen names. Pen names are useful for authors who think their name will affect how their audience portrays them.

The most famous pen name is Mark Twain, which was used by Samuel Clemens. There’s also Lewis Carroll from Alice in Wonderland’s author, Charles Dogdon. Since he had a reputation as a mathematician, he didn’t want to write fiction under his real name.

Another pen name used by Eleanor Marie Roberts is Nora Roberts. Nora Roberts has earned a spot on the New York Times Best Seller List since 1999. Nora Roberts came up with a second name because Putnam Publishers couldn’t keep up with her romance novels or the new romance suspense novels she had plans to write.

Her pen name was J.D. Robb. The J.D. was from her sons Jason and Dan and Robb was an abbreviated version of Robb. She had other pen names including Jill March and Sara Hardesty.

Whether you call it a pen name, pseudonym, non de plume, alias or AKA, you are creating a new persona that’ll need care and feeding! Scott Lorenz, Book Publicist

I had a book marketing client that served in the Iraq War and then wrote about his experiences. He wrote under the pen name Chuck Bravedy to keep himself and his family safe. My client was worried that some people would be offended by his controversial book. His pen name did lead to some concern from the Pentagon because they didn’t have Chuck Bravedy on file.

Joanne Rowling is the author of Harry Potter who uses the pen name of J.K. Rowling. She came up with a pen name because she didn’t know how preteen boys would feel about wizard stories that were written by a woman. The K in JK is from Kathleen, her grandma’s name.

One of the most famous comic book writers in the world, Stan Lee is actually Stanley Martin Lieber. He initially decided to publish under Stan Lee because he thought he would eventually transition to more serious work and wanted to use his real name when and if that time came. Eventually, he legally changed his name to Stan Lee when he realized he was going to stick to comic books.

You’ve likely heard Lemony Snicket if you’ve read the children’s series, A Series of Unfortunate Events and All the Wrong Questions. Lemony Snicket’s real name is Daniel Handler. He chose Lemony Snicket because he needed to reach out to right-wing organizations without using his real name.

One of my clients was a former CIA operative. He didn’t know if radio and TV interviewers would be willing to use the pen name during an interview or would rather use his birth name.
Some of his CIA friends had published books and used their real names without problems. So he registered web domains under his real name and under his pen name just in case, After some more thought, my client decided to stick to his real name.

I also have represented authors who used a pen name because of a difficult or embarrassing past. If your real-life identity is linked to a business and you want the book to promote your business or vice versa, then avoid a pen name. But if you have success, and don’t want that success threatened by pursuing an avocation of writing, then a pen name would make sense. Keep in mind that pen names may lead to marketing difficulties, many of which are minor and may be overcome easily.
Reasons for using a pen name include

If you wish to disguise yourself from the public and from people you work with or worked with, etc., then a pen name is fine. But, if it’s not important, why bother? I suggest you simply use your real name. Think about these points.

A reader in search of that author could ‘stumble’ upon your book and decide to take a look.
These random name generators can help you if you’re struggling to come up with a pen name.

If your goal is to brand your name for speaking gigs or for consulting engagements, use your own name. But if you’d like to write in multiple genres or are worried about safety and privacy, choose a pen name.

About Book Publicist Scott Lorenz Book publicist Scott Lorenz is President of Westwind Communications, a public relations and marketing firm that has a special knack for working with authors to help them get all the publicity they deserve and more. Lorenz works with bestselling authors and self-published authors promoting all types of books, whether it's their first book or their 15th book. He's handled publicity for books by CEOs, CIA Officers, Navy SEALS, Homemakers, Fitness Gurus, Doctors, Lawyers and Adventurers. His clients have been featured by Good Morning America, FOX & Friends, CNN, ABC News, New York Times, Nightline, TIME, PBS, LA Times, USA Today, Washington Post, Woman's World, & Howard Stern to name a few.